The hotel is located on street Bobillot, near the nice Henri Rousselle park, at the heart of the Butte aux Cailles neighborhood. It is one of Paris’s rarest neighborhoods that has kept its picturesque feeling and which makes us think of a small village. Bars, restaurants, local products boutiques or typical houses surround the little paved streets. Our hotel touches the Butte aux Cailles’ swimming-pool, which has been classified “Historical Monument” and which is supplied by an artesian well.

Nearby is the historical neighborhood of the Gobelins, the Sainte-Geneviève mountain with the Panthéon, the Latin neighborhood, the amazing Montsouris park, the Chinese neighborhood and the Palais of Bercy.

The hotel is located at less than 15 mn (by public transport) from the main Parisian train stations and from the Orly Airport. It is also located near the School of arts and industries and the School Télécom ParisTech. 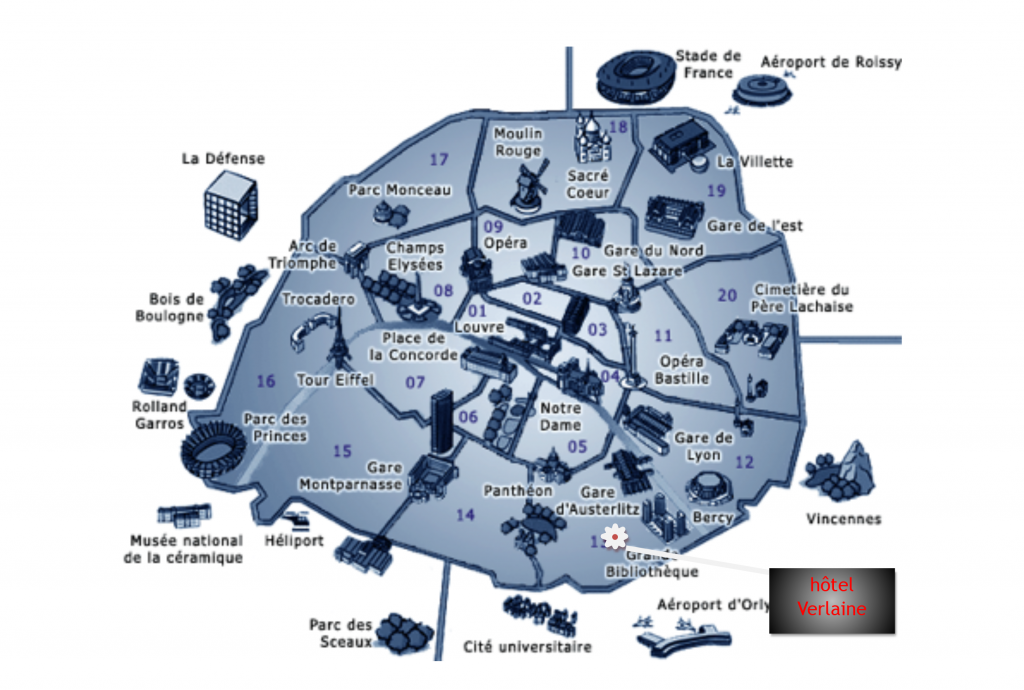